The Church’s Struggle with Inclusion 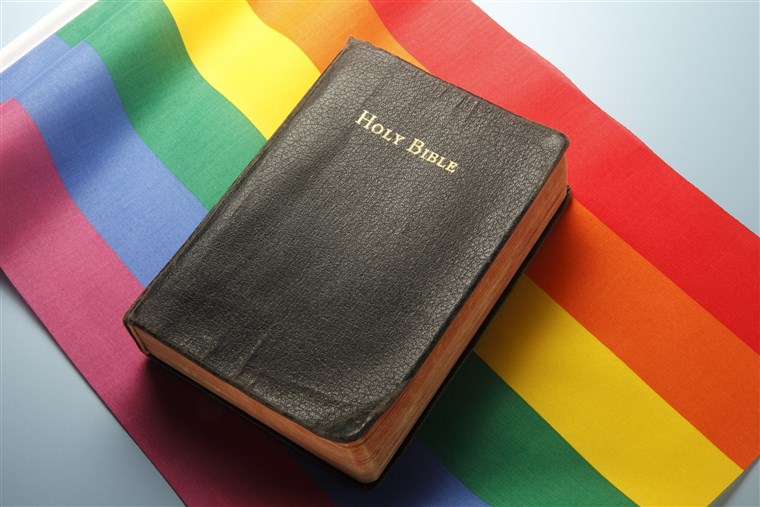 When you were younger, did you ever imagine what your life would look like when you were grown up? Many envision the job they will have, where they will live, what to name their children, and who they will marry. Some realize that they want to spend their life with a member of the same gender. When I was thirteen years old, I realized that the person I wanted to spend my life with was a woman.

The experience of being honest with myself and vulnerable with those around me brought me closer to them, and in that sense it was a very positive experience. I also acknowleged that living my life as a gay woman in Catholic spaces would not be easy. Reconciling with the fact that my religion disagreed with the way I wanted to live my life was very difficult. Religious affiliation can form a large portion of one’s identity from a young age, and it is often difficult to balance religion and another part of one’s identity.

Before I continue, I want to share a bit about my experience with religion. I have attended Catholic school my entire life, and many of my friends and family members are practicing Catholics. I am very familiar with Catholic doctrine, and I was confirmed in the Catholic Church in May of 2018. I have attended countless Masses, sung hymns and psalms from the ambo, and consider myself an experienced altar server.

The Catholic Church has shaped a large portion of my identity, my community, and my education. Currently, I am not a practicing Catholic. Although I disagree with some elements of Catholic doctrine, I do find many aspects of the religion beautiful. The purpose of this piece is not to criticize or condemn the Catholic Church, nor any other religious institution, but to share my experience with others.

It goes without saying that religions typically have different views on how one should live their life. The Catholic Church has strong views on marriage and holds that marriage should be between one man and one woman. Following those rules as a gay person means a life without romantic love, a life without children, and a life where joining a religious order is discouraged.

This realization is understandably painful for many LGBTQ+ Catholics and other religious people in similar situations. The Catholic Church teaches that every person is created equally in the image and likeness of God, but often alienates this group at the same time. Most are familiar with the Church’s teaching on marriage but are not aware of the strong language used in the Catechism of the Catholic Church, a text many Catholics use to understand and apply scripture.

The Catechism of the Catholic Church refers to homosexuality as “objectively disordered” and same-sex relationships as “intrinsically disordered.” The Catechism also states that “They [homosexuals] must be accepted with respect, compassion, and sensitivity.” In my opinion, those words are not very compassionate nor sensitive.

The language implies that homosexuality is a mental disorder or a simple broken inclination, which are dangerous claims. I also find the word “they” isolating and dividing as it clearly separates the Church from gay people. I hope that this language will evolve to become more respectful of the people to whom it is referring.

At this point, you are probably wondering about Pope Francis whose unconventional approach to LGBTQ issues has become quite controversial in recent years. You may have seen The New York Times headline on your Instagram feed announcing that Pope Francis publicly endorsed same-sex civil marriage in the documentary Francesco.

“Homosexuals have a right to be a part of the family,” Francis says, “They are children of God and have a right to a family. Nobody should be thrown out or be made miserable because of it.” Immediately, shocked Catholics everywhere took to Twitter to do one of two things: celebrate or announce their disappointment and outrage.

Francis’s words, although they do not change doctrine, provide an acknowledgment of the conflict Catholic members of the LGBTQ+ community have felt for centuries. Francis’s attempt to build a necessary bridge between large religious institutions and LGBTQ+ people proves that religious and sexual identities can go hand in hand. Pope Francis’s approach is a positive step toward acceptance and unity, which is what everyone needs. That said, there is still a long way to go, and this quote alone means nothing if doctrine does not change.

Even if the Catholic Church is making very small strides toward progress, many other denominations of Christianity will remain the same. The relationship between Christianity and the LGBTQ+ community is an undeniably complex one. While some churches are quick to hang their pride flags in June, others stand on street corners with offensive signs covered in slurs and Bible verses. Conversion therapy, or the pseudoscientific practice of attempting to change sexual orientation through mental and physical abuse, is still staunchly supported by some Christian denominations and churches.

Although some religious groups continue to distance themselves from the LGBTQ+ community, others have made enormous progress or are fully accepting. A few of the most supportive religions of same-sex marriage and the integration of LGBTQ+ members into religious communities are Buddhism, Reform Judaism, and Conservative Judaism. Generally speaking, these are examples of religious groups going beyond tolerance, but full acceptance and inclusion. Religious people should strive to create unity and peace, and approaching everyone with kindness and compassion is the first step.

Kindness and compassion, while important, are not solutions. Action to combat injustice is what is needed. It is essential that people realize that suicide and homeless rates for LGBTQ+ children are skyrocketing. Transgender women are being murdered at increasingly high rates. About 20 percent of hate crimes in the United States are directed at the LGBTQ community. In some countries, homosexuality is still punishable by death. This is an urgent issue that is putting lives on the line. Religious groups that stand for justice have an obligation to defend and provide refuge for LGBTQ+ people. Creating religious spaces that affirm LGBTQ people and their families could be a step forward that could end intolerance and lower youth homeless rates. I encourage all to take action to support their LGBTQ neighbors and become part of the solution.