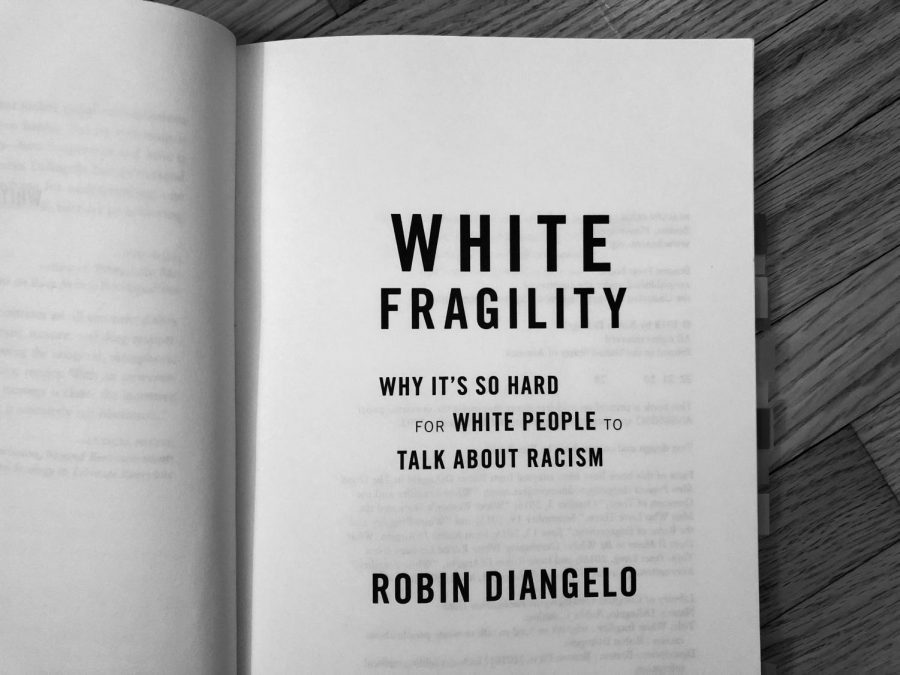 The cover page of my personal copy of White Fragility, by Robin DiAngelo

Right up front, I’d like to emphasize that this article is in the Opinion section for a reason. I’ve wanted to write a Hot Takes on Race Opinion Article™ for a while, now, but it’s really hard to find something to actually grab onto when, well, my brown-eyed “race lens” quite literally covers everything I see.

I read Robin DiAngelo’s book, White Fragility last summer when everyone in my close circles and their mom was in the throes of repost fever and the sugary ecstasy of a new plethora of “anti-racist” vocabulary to be liberally applied: BIPOC, microaggression, redlining, police brutality, the school-to-prison pipeline, Black with a capital B, cultural appropriation, privilege, institutionalized racism, systemic racism, model minority…

I wish I could say that these were the hardest things to learn—yes, learning is hard for all of us, and undoing those biases takes work—but from my own experiences as a non-Black person of color in the summer of 2020 is that allyship and white fragility are by far some of the most difficult words that have entered our vocabulary.

And I will admit, I did say “everyone in my close circles.” Before this summer, it hadn’t quite sunk in yet that race wasn’t a frequently-discussed issue in some other people’s families. In comparison, my own experiences as a second-generation adoptee and foreign-born Chinese daughter with mixed parents in a predominantly white institution had already fundamentally shaped how I talk to people about my identities.

“Unprecedented” is the word that we usually use to describe the year of 2020—from COVID to the election, and the protests… and for me, my entire perspective shifted this summer. Energized, I wrote over 100 casual letters, organized conversations on privilege, swiped up on DMs, and composed eloquent, tactful, and sensitive paragraphs of blue bubbles to countless people who may or may not have deserved my attention.

I talked to people about loads of topics, but I was always edging around the storm of “revolution” gathering on the horizon in my mind. It wasn’t until I read White Fragility that I realized, “Oh… was I censoring myself to prioritize white feelings?”

Well, I was. And I am, and I did, and I will every time I have to send yet another carefully-worded message to some well-meaning person.

The thing is, I don’t know what other options I have to talk to white people in the persuasive speech that is a protest of my right to exist as I am.

In English class, I remember learning about rhetoric: logos, pathos, and ethos.

Logos. Logic. I could send a hundred informational Instagram DMs to someone I still might never convince them. Do people think I’m just being dramatic?

Pathos. Emotions. I tell people stories because I need “solid” evidence, right? I’d stand onstage and strip the bark off my twisted family tree to show you; I’d give you the roadmap of being the only Chinese family in the neighborhood during COVID if it meant that you’d listen.

And then there’s Ethos. Trust.

Speaking is a two-way street. And like a woman praying when she walks across a parking lot at night, we keep our silences.

I can’t break because they will, and what will I do with the pieces? I still feel guilty for making my white classmates feel guilty at last year’s MLK Day Convo.

This is white fragility. Robin DiAngelo explains it better, but sometimes I hear someone and think to myself, did you actually read it?

But back to allyship—in the months since the Summer of “Wokeness”, the number of people on my list of “Trusted White Friends I Talk About Race With” (biased opinion here, but I feel like every POC has one) has stayed the same.

I still saw protest pictures on “2020 highlights,” and that’s how I know I can recognize the superficial interest in the lives of Black people and other people of color for the white-guilt tourist trip that Instagram turned it into for many.

See, activism isn’t a tourist trip for me. Four, five, six months later… I’m still a person of color. They’re still white… but I do hate when people feel bad about their mistakes, and obviously, no one has control over their life circumstances; they can’t be held responsible for what their ancestors did… and then it hits me. Here I am, prioritizing white feelings again, aren’t I?

I understand that harmony is crucial to make this work, but sometimes I wish I could grab people by the shoulders, shake them, and yell “We’re on the same side! You’re allowed to talk to me! Please have opinions about race, I beg of you! We need you to care!”

But I can’t really shake the apathy out of anyone in real life, not even without six feet between us, so I read a book to gain their perspective instead. If I can’t connect to white people, I can understand them…  right?

White Fragility felt like an out-of-body experience, the titillating gratification of vicarious perspective; I was a fly on the wall to conversations I would never be able to observe with my own eyes.

I felt like I could read minds—so that’s why they didn’t listen to me! I understand why they said what they did. This is what they’re thinking—

And then I had to stop, and I put the book down and waited a couple of days for the sands of revelation to sink to the bottom of my stomach so I could re-comb them back into a Zen garden. I picked it back up again, and I tried not to see the faces of people I knew floating through the pages because suddenly, I realized how ugly these visions were.

It’s interesting that my mom, who is white, underlined different passages than me. And I underlined my own, and maybe if we re-read the book together, who knows what we might find? Honestly, the reading experience made me somewhat ill.

In reflecting on the unique relationship of sharing a book, I suppose I could make that a pretty metaphor about harmony and allyship… yada yada yada. But here I am with my eloquent words again, dodging the issue like I always do.

Is reading books enough? Honestly, I know that I need to read more to educate myself. Selfishly, I read because I want to make my rhetoric, my arguments, and my arsenal of credibility nuclear.

I believed—and I still do, to an extent—that if I flooded my social media with opinionated voices, maybe my own would sharpen. And I guess it has, since people compliment me on my eloquence after I raise my hand in class to debate something controversial.

In these situations, I don’t know what’s at stake in my dissent. Is it my reputation? My relationships? My own ignorance about how much other people care? “Wokeness” is my wild card, but after looking around cautiously to judge people’s reactions, I can never quite know what assets I set on the table.

After this summer, that word doesn’t feel right, but I don’t know what else to say. I struggle with verbalizing my complex feelings, distilling them into a narrative that makes sense. My mom listens to me practicing out my defenses in the kitchen.

“Do you think they’d know what I’m talking about?” I ask. I’m ranting to her because I think she understands what happens inside the other knight’s armor of ignorance. And she can usually answer.

Rhetoric is not a gift; it’s an exercise in self-restraint. It’s calculating information as I see it; I remember which people I can trust and who won’t listen. Who raised their hand and defended me? And who looked away?

I’ve had people tell me that they don’t feel like this is their fight to fight. There isn’t enough “diversity” here for it to matter. Suddenly, I’m back at square one, and the devil on my shoulder looks like our stereotype of Malcolm X and the angel looks like a sanitized Dr. King, and both of them are telling me to get a grip and stand up for myself.

I love talking to people. But I do get angry sometimes, or I trip up over my words, or I come off wrong and I’m scared that people will walk away thinking that I hate them, so I’ll guess I’ll take responsibility for my own oppression because when a sea of big, blue eyes is looking at me like that…

This is the story written in between the lines of White Fragility that Robin DiAngelo cannot capture. I don’t know if the people who call themselves my allies are listening, but if you are (and you know who you are) I dedicate this article to you.