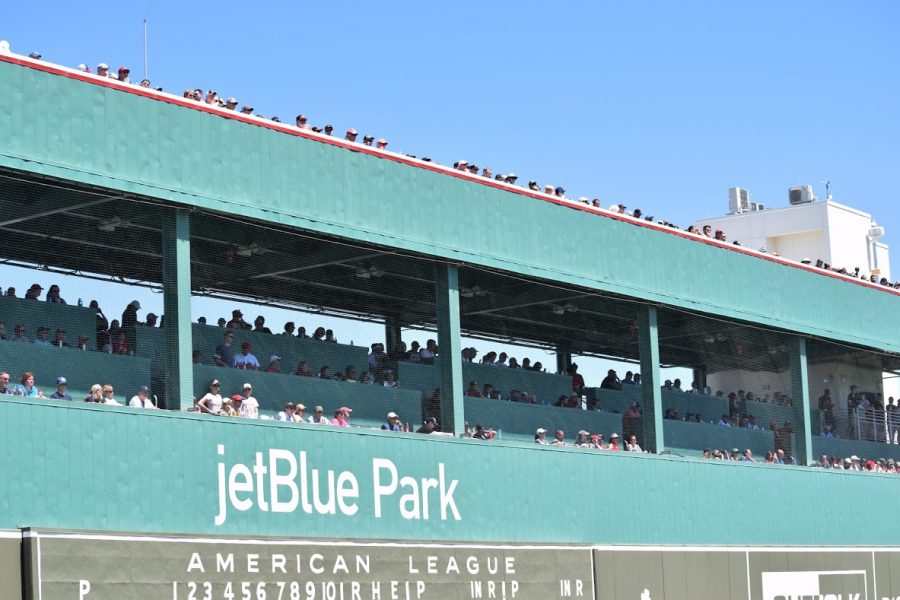 It’s summer 2022, COVID has become a thing of the past (or so we hope,) and you’re itching to taste an overpriced hot dog and see some rich people play sports. Nowhere is this desire better served than at an MLB stadium. So, you’ve secured tickets to a Major League Baseball game. Good for you! Now, you need to be prepared to follow these rules inside the park for the benefit of baseball fans everywhere. Take it from your resident big sister and baseball fanatic, you’ll want to pay attention to these pointers the next time you head out for some summer ball.

DRESS WEATHER-APPROPRIATELY. This rule is mostly for your own enjoyment of the game. If it’s hot, don’t wear sweatpants, and if it’s cold, throw on some layers under your jersey. Trust me, you will get nothing out of the game if you are miserable because of your outfit choice.

DO NOT HOG GIVEAWAYS. If the stadium you’re visiting is having a free promotion, perhaps a shirt or bobblehead, take what you’re given and move along. For one, it keeps the absurdly long line behind you moving, and it reserves stock for the rest of the fans in attendance. Remember, if you don’t have a ticket for an extra seat, you don’t get an extra item. In addition to giveaways at the door, don’t be the person who tries to buy items off others. Not only is it a bad deal for the person repurchasing it from you, it’s also uncomfortable for other fans who don’t want to be approached by a stranger asking for their personal Venmo information.

DO NOT STAND UP DURING AT-BATS. I don’t care if you ran out of nachos; sit down until the half-inning is over. The only exception to this rule is after the ball has been put into play. If it goes yard, stand up and cheer (or make an appropriately blasé gesture depending on who you’re there to see.) If an exciting play is going down in the infield, that’s also an acceptable time to stand and peer over the seat in front of you. But if you stand while a player is at the plate, be warned: I will not hesitate to call security.

DO NOT YELL AT THE PLAYERS. Some people seem to disagree with me, but I believe that yelling negative epithets, creating unnecessary ruckus, or generally heckling a player, on or off the field, is never acceptable. Baseball and its enjoyment are built on a simple foundation of respect, and when that is taken away, the whole game crumbles. Let the uber-talented millionaires do their jobs and keep the jeers to yourself.

DO NOT BOO THE PITCHER. Again, this one’s controversial, but pickoffs are a part of the game. Face reality and get used to it. It’s not the pitcher’s fault that your player can’t handle a few quick tosses to first.

DO NOT COO AT THE PITCHER. Just as you shouldn’t boo a player, do not be the person making bird noises during the ninth inning. If you’re unfamiliar with this behavior, fans will make loud whistles at an opposing pitcher during late innings to try and trip them up. Spoiler alert: it never works, and it will soon become grading on other’s ears and patience.

NO BRAGGING TO OPPOSING FANS. Nobody, and I mean nobody, likes the Yankees fan who won’t stop telling everybody about the foul A-Rod hit him in 2004. Nobody cares. Save it for a friendly conversation with another member of your team’s fanbase.

DO NOT REACH OVER THE FENCE. If you haven’t heard of the infamous Steve Bartman incident, do a quick Google search and take a hint. If you have the privilege of sitting near the fence anywhere in the stadium, keep your hands and feet inside the seat. If you so much as brush a ball that is feasibly in play, you may be heckled, ejected, or depending on the game and the fans around you, directly in harm’s way. Be safe and wait for the ball to exit the field before attempting to grab it.

SAFETY FIRST. If you are seated anywhere outside of the backstop netting, you accept the possibility and responsibility of danger. In fact, this agreement is often posted around foul line seats. It is your responsibility to keep your eyes on the ball during at-bats, watch the bounce on hits in your section, and look out for others, especially younger fans and the more vulnerable crowd. It is rare that you will ever be put in a dangerous situation, but it’s much better to be alert than to take a 90-mph foul ball to the nose (or any other body part for that matter.)

NO EXTRANEOUS VIRTUAL ACTIVITIES. I understand if your friend wants to hear about the exciting plays at half-innings. However, I don’t understand why you would pay $50 to send Snapchats to your cousin about how great the stadium lighting is. Eyes up during innings for everyone’s safety; save the Instagram post until your ride home.

DON’T TRASH TALK A PLAYER UNLESS YOU’RE LOOKING FOR TROUBLE. If you sit next to the opposing team’s player and you start trying to distract him, you have crossed a line. At that point, it becomes personal, and people will make sure you know it. As a general rule, pick on your own guys if you must, but never bother the others.

DON’T BE A GOOFUS. If you’re wearing the logo, you represent the team. Don’t be a goofus and make the rest of us look bad. Think before you speak, and don’t be the reason people don’t like your fanbase.