A Farewell to Andrew Benintendi 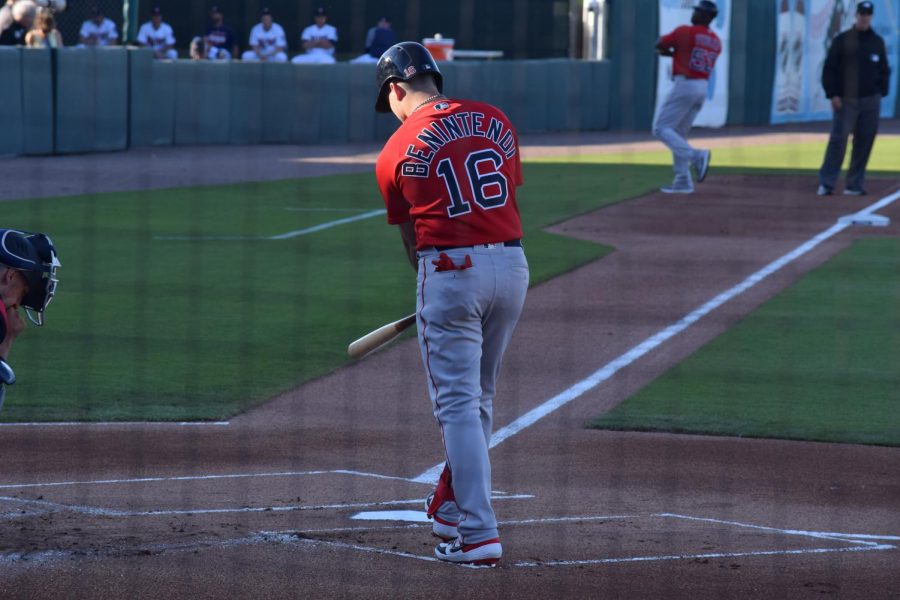 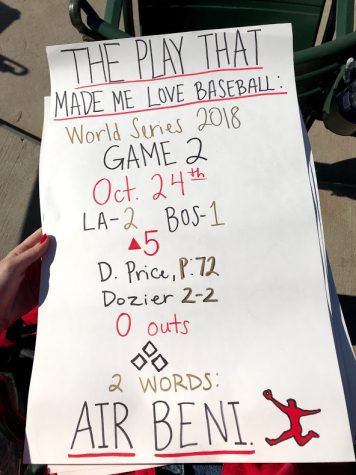 Andrew Benintendi has been a left-fielder for the Red Sox since 2016. Alas, his time with the Sox has come to an end, and he is headed to Kansas City. Thus marks the end of an era for the team. “Benny,” as he is affectionately known by Red Sox Nation, was the last remaining member of the stellar Killer B’s outfield of Betts, Bradley, and himself, that was still under contract. However, this trade also closes a chapter in my own relationship with the team.

In 2018, my family gathered around the TV to watch our first serious World Series. I stayed up to watch Game 1 between the LA Dodgers and the Boston Red Sox, a team I was only vaguely interested in. That is until Game 2.

Top of the fifth, Boston is down 2-1, and Brian Dozier is up to bat. David Price throws his 73rd pitch of the night, and Dozier takes him deep. The ball speeds through the cobalt Boston night like a shooting star; its spectacular arc carries it right into left field against the iconic Green Monster. There seems to be no hope for the Sox. As the ball drops further, a white and red blur darts from center field. It’s Andrew Benintendi sprinting full out to save the day. Benny leaps and extends his right arm, strains his legs forward, and at the very last moment, secures the ball safely in his glove. Absolutely breathtaking. 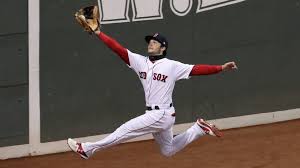 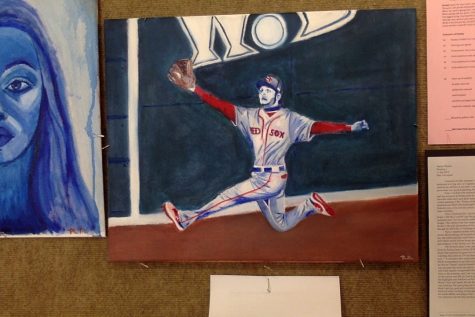 The Red Sox went on to win the World Series in 2018, and the play described above permanently instilled a childlike wonder about baseball and its infinite beauty in me. Later that year, I spent weeks painting the catch, now dubbed “Air Benny,” in my art class with Mrs. Cleveland.

From that moment on, my story is history. I snowballed into an intense obsession with all things baseball, especially the Red Sox. I attended 2019 Spring Training, and had a blast seeing more from my favorite team. My passion spilled over into every aspect of my life, from my room decorations to my art portfolio. In fact, my love for baseball led me to begin writing for the Visitation Voice this year where I can express my interest in a creative way.

However, after all the highs of a World Series and Spring Training, I’ve watched the Red Sox spiral over the last season, losing games as well as some of their most valuable players. It’s sad to see a team I’ve loved and supported crash so quickly, but nothing compares to seeing the news that the player who hooked me on baseball, a sport that has opened so many opportunities for me, has been traded away to a team I have no interest in rooting for.

But time marches forward, and we move on. So, to close this chapter of the Red Sox World Series team, I’d like to put to record a proper farewell to Andrew Benintendi and thank him for his hard work over the last five years. His contributions to my favorite team have helped them accomplish many great things, including a World Series two seasons ago. His talent solidified one of the strongest outfields in the MLB. And his sprint speed and jump height changed my life. If it was not for that spectacular catch in left field in 2018, who knows where I would be now.