The Visitation Voice • May 24, 2021 • https://thevisitationvoice.com/3707/opinion/race-blind-college-admissions-are-blind-to-reality/ 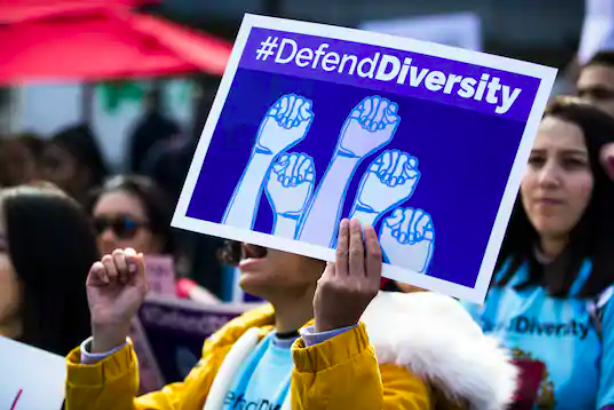 Throughout the past few decades, colleges have debated whether or not race should be a factor in admitting students into college. During the Obama-era presidency, an affirmative action policy for schools was put in place. This means that colleges were, for the most part, not race-blind. However, during Trump’s presidency, Obama’s policy on affirmative action in schools was reversed, and colleges were encouraged to turn race-blind.

One major argument for the race-blind approach to college decisions is that it is harder for white Americans to get into schools. In the 2013 case Fisher v. University of Texas, Abigail Fisher, a white woman who was rejected from the school, alleged that the University of Texas had discriminated against her based on race. Although there is no evidence that colleges have ever done this, this is a repeated argument with an overall selfish motive.

Of course, discrimination of any form is inherently bad, but not getting into a college for being white is a lot different than the extreme discriminations that people of color face every day, like getting paid less and worrying about racial injustices that could lead to life or death situations.

Another important aspect to remember is that colleges are not “the real world,” but are meant to prepare us for life after an education. If colleges were all race-blind, it would simply limit the holistic approach to an application that colleges claim to look so deeply at. By looking at an application holistically, a college will see what opportunities each student was able to access or have a lack of access to, during their high school years.

One part of the college application that shows major differences in race is standardized testing. Brookings.edu explains how access to testing and tutoring for the SAT differs with statistics for different races due to generational differences and systematic racism. The chart below shows SAT scores for Asian-Americans, White-Americans, Hispanic or Latinos, and Black Americans in comparison. 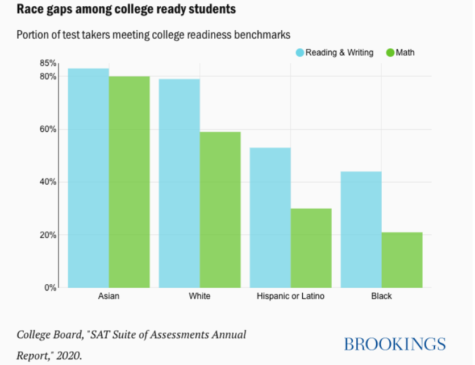 In a perfect world, looking at race in college admissions would not have an effect on the student and would not be an important factor. However, the world is imperfect. We are living in a world where race is looked at in the workforce and life overall for the better or worse, so deciding to completely disregard race in just one aspect of a common human experience sets the country up to continue a path of white supremacy in the workforce, and thus proves race-blind admissions to be blind to reality.