The Visitation Voice • May 24, 2021 • https://thevisitationvoice.com/3960/arts-entertainment/to-the-album-that-broke-my-heart-on-pure-heroine/

To the Album That Broke My Heart: On ‘Pure Heroine’ 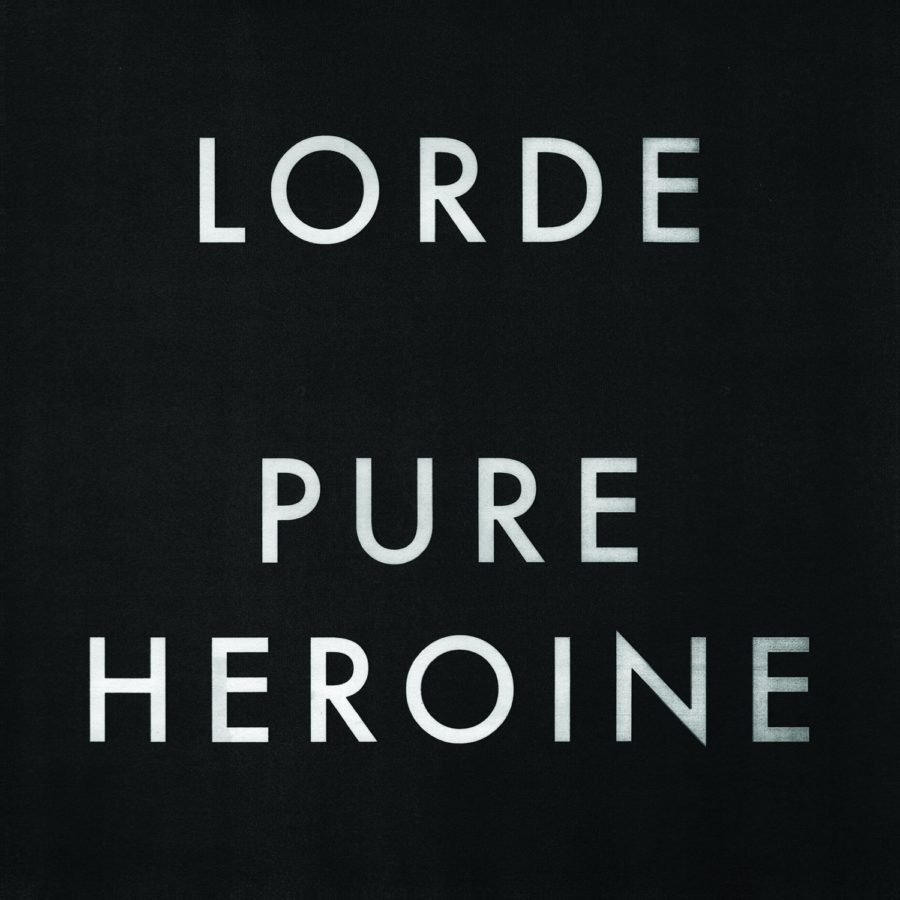 I was barely eleven when Lorde debuted in September of 2013. In only ten songs and 45 minutes, the album single-handedly built the foundation on which I based the expectations for my entire adolescence.

Ella Marija Lani Yelich-O’Connor, known as Lorde by her stage name, was just 16 when she recorded and released Pure Heroine. I’ve outgrown her age now, so in some ways, her album makes me reminiscent of the adolescence I never had: the illusion, the sad glamor of being a teenager, the kind of glitzy youth that the younger version of me looked forward to.

I was never cool enough to have a record player, but I fondly remember my mom buying the CD and my dad teaching me how to burn it to my cherry-red iPod Nano. Pure Heroine—along with Taylor Swift’s Red and The Essential Yo-Yo Ma—was one of my first albums, and it was a mind-altering revelation. Lorde’s lush, cascading sound and the tight thrum of synth-beats promised me feelings and experiences that I hadn’t yet had the privilege (or the misfortune) of experiencing.

I remember the joy of my first pair of earbuds. The ability to listen to something that was mine and mine alone was addicting. Pure Heroine was my gateway drug to the world of indie, and after this first whirlwind pop-music infatuation, I’ve never looked back.

Popping the moody black CD into the old Sony on my dresser still feels melancholy, though. Compared to How Big, How Blue, How Beautiful (Florence + The Machine), Glitterbug (The Wombats), or even her sophomore release, Melodrama, the feelings associated with Pure Heroine are more tender, softer with the dreamy expectations of my middle-school self.

Before “Ribs” made a TikTok comeback, I’d walk around at recess with my middle school best friend and we’d share it through earbuds. I remember her teaching me how to use a record player with the LP, smooth drum lines tapping through her dark living room on Halloween…

I hear hot summer nights, dancing alone in my room. I feel the family car lurching underneath me and the steady pull of my heartbeat as I run through my suburban neighborhood. The memories stretch on and on.

Lorde was my first concert and my first real love for any kind of music, and it’s something I’ll never forget.

I was the kind of kid who cringed when she swore in “Tennis Court” while listening in the car with my family. As a matter of fact, I didn’t even understand the double entendre of the album’s title until high school. Now I have an even greater appreciation for her lyrical genius.

As a graduating senior, Pure Heroine reminds me of my lost innocence—or was it a kind of ignorance? To be completely honest, my teenage years were nothing like the glittery melancholia of the album.

I have never trashed a hotel room or hosted a wild midnight house party. But maybe my eleven-year-old self would have been excited just by the fact that I can now drive my own car at 80 mph on the highway and blast “Glory and Gore” as loudly as I want to. I didn’t realize there were other fun things to do on “these roads where the houses don’t change.”

As a kid, I thought Lorde was singing literally about the parties, the rebellion, and the Dionysian appeal of high school life after-hours. Now, I’m not so sure. Looking back, though, I’ve come to the conclusion that I never actually needed to have a Euphoria-esque experience to understand her critique of the “Regina George” dynasty, the isolation of being on top of the world.

I love the poignant violence of the lyrics. The songs almost feel literary, metaphorical like the best kinds of fantasy worlds.

It’s a switch flipped, it’s a pill tipped back, it’s a moon eclipsed…

We wouldn’t be seen dead here in the day…

Now we’re in the ring, and we’re coming for blood…

Like using John Green’s Looking for Alaska as a glorification of the manic pixie dream girl, I fell into a double-sided conundrum. I admired Lorde’s cutthroat world, the dystopia of the “Tennis Court” where girls battled for the throne of “The Love Club” and the attention of their absentminded boyfriends.

She stretches meaningless teenage skirmishes into a masterpiece of Greek tragedy because when you’re sixteen, that’s how it feels. We’re sad, but at least we’re beautiful. If Romeo and Juliet were star-crossed lovers, we’re fallen angels with bright white teeth and egos too fragile to admit breaking.

Looking back, I struggle to reconcile what felt like a dramatic saga of my adolescence with my current perspective. My relationship with Pure Heroine started as an effervescent adoration that melted into comfortable intimacy. Now I’m wondering if the spark is diminishing with my increased awareness of the lyrics’ true meaning.

The album is everything but a shrine to high school life, and maybe I could have picked up on that if I’d listened closer. Heck, I even have a sticker on my laptop that perpetually reminds me how “the internet raised us” and we’re surrounded by friends, but contemplating the dance floor alone.

One example of my shift in perspective is the song, “Ribs.” As a fifth-grader, the situation was clearly a nightmare. Alone, in my house? Hosting a party? “Reeling through the midnight streets”? And then, this:

It feels so scary getting old

Here, Lorde hits the nail on the head. Getting older is terrifying. However, in a pattern I couldn’t have recognized without the gift of retrospection, I have recently noticed a parallel with the last track, “A World Alone.”

She does acknowledge the loneliness of growing up. By the end, we realize that it’s actually okay. She has enough foresight to make the last lines a concessionary statement. We’re alone, “but people are talking, people are talking. Let ’em talk.”

It is worth mentioning that even though Pure Heroine isn’t my favorite album anymore, I still emphatically consider “A World Alone” to be my favorite song of all time.

I know we’re not everlasting.

Is graduating from high school a farewell to an era, or my aspirations for some kind of throne? At eighteen, I can finally look the album in the face and convince myself that I knew what Lorde was saying this entire time, the cleverly concealed truth I missed behind the facade.

Being a teenager isn’t as cracked-up as we’re led to believe. Pure Heroine may have broken my heart, but I will always be grateful for the experiences of my adolescence that I’ve somehow tied to almost every song. I’m happy to lapse into memory when it reminds me of how I’ve grown wiser.

I can always find music, make myself a dance floor, and steal the night. It won’t last until morning, but maybe I only need forty-five minutes, anyway.

At the very least, no matter how high school happened, you will have yourself, and that’s enough.

Listen to the album on Spotify or Apple Music!