March is Women’s History Month: A Look at Some Women Who Are Making History 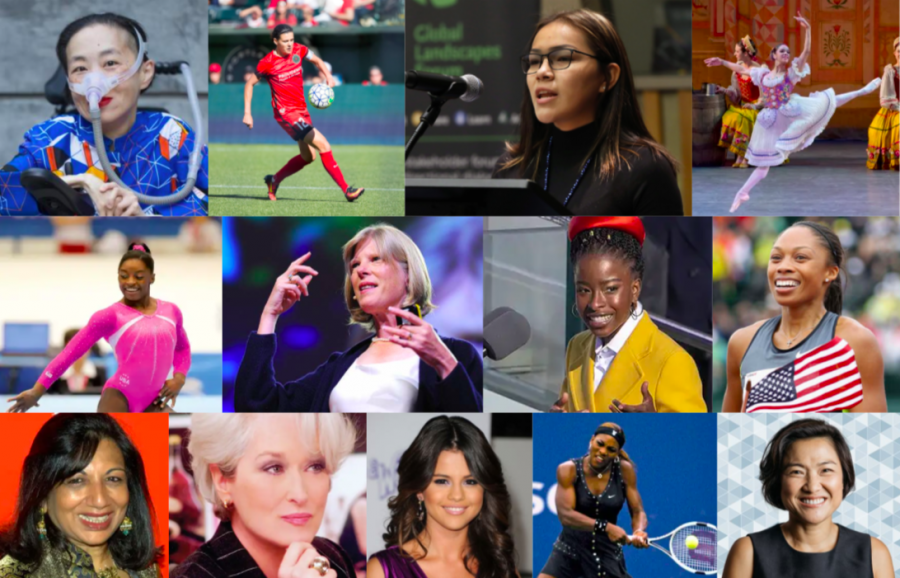 March is Women’s History Month!  Yay!  This provides us Vis girls a fantastic opportunity to hype up the incredible women who are shaping history.  There are obviously billions of incredible women to choose from, so this list is just a sampling of some of the women who stood out to me.

Alice Wong (1974-) She founded the Disability Visibility Project.  After years of just trying to fit in, Wong changed her mindset and focused on action towards systemic change.  Wong was a member of the US Council on Disability, she created the Disability Visibility Project which helped people with disabilities to share their stories on social media, and she aided in other web campaigns which brought together the community of people with disabilities.

Allyson Felix (1985-) She is the most decorated American track and field athlete of all time.  She has won 11 medals at the Olympics across five Olympic games.  She began her sprinting career as a freshman in high school, and she rose quickly to stardom as an Olympian by the time she graduated high school.  Her primary events are the 200m and the 400m.  She also advocates for women’s rights.  Felix developed her own shoe company and got a new sponsorship from Athleta after Nike was going to give her a significant pay cut while she was pregnant with her daughter, Cammy.  She continues to speak on behalf of women, fighting for their rights.

Amanda Gorman (1998-) She is a globally renowned poet who uses her skills for activism.  She first gained international fame when she recited her poem “The Hill We Climb” at the 2021 US presidential inauguration.  She became a delegate for the United Nations when she was 13 years old, and she has worked with her Los Angeles community government to support underprivileged children.  Since her shining moment at the inauguration, she has gone on to perform at the SuperBowl and publish a book, Call Us What We Carry.

Autumn Peltier (2004-) Peltier has been nominated for the International Children’s Peace Prize three times for her work as an Anishinaabe water-rights activist.  She first noticed the issue of polluted water when she saw the contaminated Serpent River.  She brought attention to this in a meeting with Prime Minister Trudeau when she was just twelve.  Since then, she has been appointed the Chief Water Commissioner for her community.

Christine Sinclair (1983-) Sinclair is the leading goal scorer in the world.  She also is the leading Olympic goal scorer.  She has played soccer at the highest level since 2000 (she was 16 years old).  In college, she was named NCAA Women’s Soccer Player of the Year twice and holds the scoring record for most goals scored in an NCAA Division 1 season.  She helped lead the Canadian National Soccer Team to a gold medal in the 2020 Olympic Games.

Cynthia Kenyon (1954-) She is working to find the causes of aging in humans, and she has already done this in her experimental subjects: roundworms, mice, and rats.  She is a biochemist and geneticist working at the University of California San Francisco.  Kenyon, through lots of research and experimentation, has found that carbohydrate intake controls a lot of the hormonal behavior in aging.  Through her research, she hopes to pinpoint the causes of and prevent age-related illnesses.

Kiran Mazumdar-Shaw (1953-) Mazumdar-Shaw is the owner and founder of an incredibly successful biopharma company based out of India.  Biocon India was revolutionary in its exports of enzymes and in the development of a molecule that lowers cholesterol, to name just a few of its successes.

Meryl Streep (1949-) Meryl Streep has received the most acting nominations of any actress ever.  She has appeared in countless movies: Julia, The Deer Hunter, Kramer vs. Kramer, Sophie’s Choice, The French Lieutenant’s Woman, Silkwood, Out of Africa, A Cry in the Dark, Adaptation, The Devil Wears Prada, Mamma Mia!, Doubt, Julie & Julia, and many, many more films.  She has been acting since her high school days.  She has also received the Cecil B. DeMille Award for her accumulated achievements.

Misty Copeland (1982-) She was the first African American to be American Ballet Theatre’s principal dancer.  Copeland first started dancing in her middle school and at the Boys and Girls Club in her hometown in California.  Copeland has showcased her abilities in countless ballet performances as well as Broadway productions.

Selena Gomez (1992-) Gomez is an immensely successful singer and actress who has released countless songs and is widely known for her roles in Disney shows and a variety of films.  She uses her hard-earned platform to advocate for people with mental health issues and lupus.  After she suffered from lupus and had to receive a kidney transplant, Gomez launched a campaign to raise $500,000 for lupus research.  She also is a victim of bipolar disorder, and she has spoken up about her struggles which has aided in destigmatizing mental health issues.

Serena Williams (1981-) She is a world-renowned tennis player who has won more grand slams than any other tennis player in the open era.  Her father taught her to play her tennis, and, even on the world stage, her sister was her biggest competitor for many years.  She has faced many setbacks in her career, but she has persisted with her extremely powerful and athletic style of play.  She continues to play tennis today, and she serves as a great role model for her daughter, Alexis Olympia.

Simone Biles (1997-) Biles was the first gymnast to win three consecutive all around titles, the first American female gymnast to win four events at an Olympics, and the first African-American female to win the all around event at the World Gymnastics Championships.  At the 2021 Olympics in Tokyo, Biles showed her strength in a different way by reporting that she would not be competing in some of the events because she had the twisties.  Her decision and message have helped the global community to understand the mental health struggles of professional athletes.

Zhang Xin (1965-) Zhang is often called “the woman who built Beijing”.  She began her working life as a factory worker, but, by 1995 (after a career at prestigious American investment bank Goldman Sachs), she had developed a real estate company SOHO which has brought color and light to a now forward-looking, technologically advanced China.  She has been incredibly philanthropic, developing an education organization in China called the SOHO China Foundation.  Her net worth is $3.3 billion.