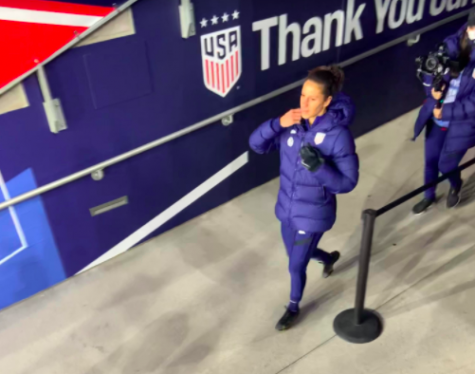 This October, the Twin Cities and Allianz Field were blessed with the opportunity to host the USWNT in a very important match against South Korea.  This game really was not all that important from a points perspective or a competitive perspective.  It was just one of a handful of friendly matches between the USWNT and other international opponents throughout the fall of 2021.  These friendlies typically allow new players to get playing time to showcase their abilities and serve as a great way for the fanbase to see the team play.  What made this match so incredibly special was that it was the last game for a legend of women’s soccer, Carli Lloyd.

Some notable statistics and moments from Carli Lloyd’s career include:

The energy at this game was like no other.  Thousands of young girls were watching their idol play her last game.  There were countless signs speckled throughout the crowd saying, “We Love You Carli” or “Thank You Carli” as well as many signs with drawings and paintings of goats, claiming that Carli Lloyd is the Greatest Of All Time.

Before the game, there was a special ceremony with her teammates and family where she waved to the crowd, and it was announced that this was her 316th and final match.  During the game, the USWNT came out and crushed the opponent with a 6-0 victory. 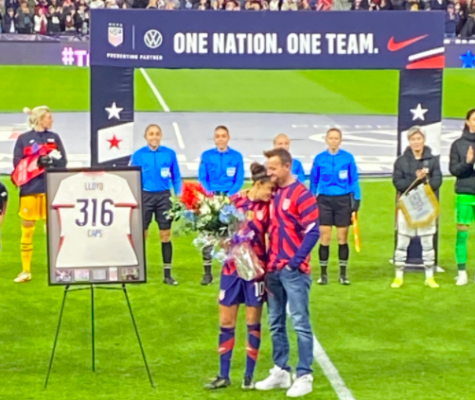 Unfortunately, Carli Lloyd did not score in her final match, but she did play until late in the second half.  When it came time for Alex Morgan to sub off Carli Lloyd, Carli took off her cleats, removed her jersey to reveal a jersey with her husband’s last name on the back, and handed off her captain band to Megan Rapinoe.  Her last moment on the field was a shared hug with Alex Morgan.

After the game, the fans did not disperse as usual.  Everyone stuck around for a special ceremony commemorating the phenom.  The team gathered in the center of the field around Carli.   A video played including some of Carli’s greatest moments on the field and a message from her husband.  The crowd chanted “Thank you Carli” repeatedly.  It was an atmosphere like no other.  The highlight of the evening was Carli Lloyd’s speech to her teammates, friends, family, and fans.  She said, “I want to thank all of you fans for the support.  It really means the world to me, everybody–doubters, critics, everybody–, I love you all.  You’ve pushed me to greater and greater heights throughout my career, and I’m extremely thankful for that.” 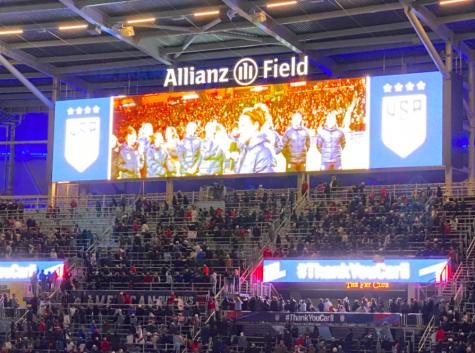 Carli Lloyd will forever be remembered as a hard worker on and off the field and a force to be reckoned with in the game of soccer.  Thank you, Carli. 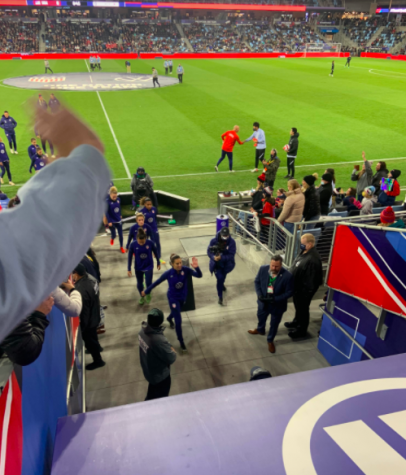