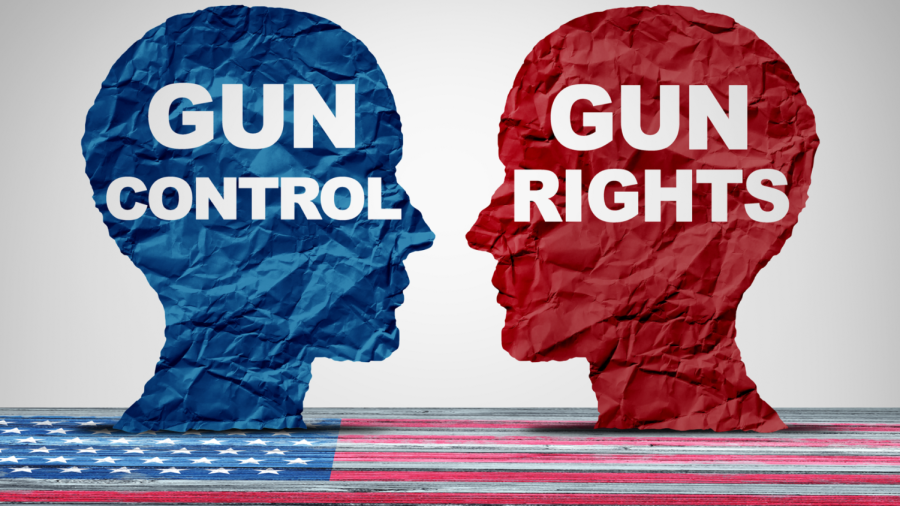 Photo courtesy of Towards Data Science

On November 30, a student armed with a semiautomatic handgun opened fire in Oxford High School. He killed four students and injured seven. Sadly, incidents like this have occurred thousands of times in the United States over the past few years. Sandy Hook. Parkland. The Tree of Life Synagogue. Pulse Nightclub. Santa Fe High School. Columbine High School. The spas in Atlanta. The list goes on.

As high school students in this country, we have become experts on lockdown drills. We hear the noise, we lock the doors, we close the blinds, we huddle in a corner, and we wait. Personally, I am lucky that I have not experienced the trauma and pain of a shooting that so many other students in the United States have. Most of the time, I feel safe at school. However, every drill and shooting reminds me of the reality that we are never really safe.

When I was in third grade, I remember when my mom explained the Sandy Hook shooting to me. To me, the solution seemed simple: get rid of the guns. Almost ten years later, I still believe in this solution.

Admittedly, I have never held a gun. I recognize that I am not knowledgeable about firearms, and additionally, I do not plan to own one. Guns do not make me feel safe or protected. What I do know is that guns are too easy to access. Firearms are available within mere miles of schools and on the shelves of Walmarts across the nation. It does not take long to buy a semiautomatic rifle – almost anyone can do it. Currently, guns are the leading cause of death among American children and teens.

Gun control activists like myself, for the most part, do not want to take all guns from good people. Rather, we want to ensure guns cannot be owned and operated by people who threaten society. I have no problem with people hunting and storing those guns safely. With extensive background checks, mandatory safety training sessions, locking guns securely, and banning military-grade assault rifles comes the prevention of the potential loss of so many lives. Everyone should support these steps to make our country safer.

Although most agree that we must take steps to make our country safer, so many Americans clash over the interpretation of the second amendment. The writers of the Constitution believed it was important for the colonists to have access to arms, especially after fighting England for independence. In 2022, our weapons look wildly different than they did in the 1700s. Thus, we must ask where we draw the line from a legal and ethical standpoint. For instance, can a civilian drive a military tank on public roads? Most agree that owning and using a tank is incredibly dangerous for the public. However, depending on interpretation, the second amendment could protect this right. Additionally, we find ourselves unable to pass legislation to protect innocent people from yet another mass shooting largely due to wealthy, powerful interest groups like the National Rifle Association.

The debate about gun control also encompasses mental illness. To be clear, mental illness alone does not cause school shootings – the vast majority of people who live with mental illness manage their conditions with the help of trained professionals, support, and medication. In fact, one in four Americans has a mental illness, and obviously, most do not commit crimes. While mental health resources and healthcare need to be grossly expanded and widely available, the clear solution to gun violence is the regulation of the firearms themselves. Without access to weapons, someone cannot bring a gun to school or other public spaces, and that is far easier to control than one’s brain chemistry.

Gun control is simple: regulate the weapons themselves and who has access to them. We must take swift action to ensure that more tragedies do not occur, and that starts with gun control. Buying more guns will not save anyone, but regulating them can.