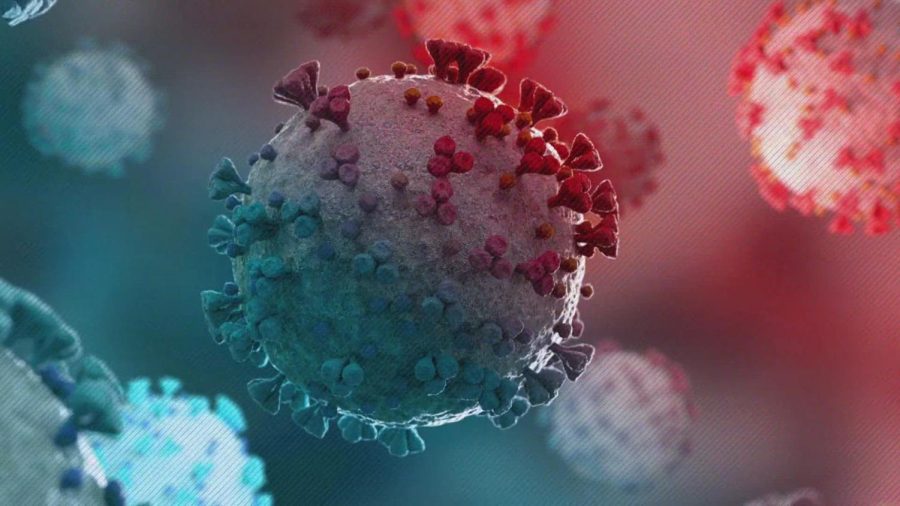 Omicron is the most recent variant of COVID-19 to grip the world. Though the news of a new variant initially alarmed many, the evidence currently shows that Omicron is much milder than its predecessors, and may bring the COVID-19 pandemic to an end.

The first cases of Omicron were recorded in South Africa in November of 2021. Since then, it has quickly spread around the world, coming to the United States in late November-early December. Symptoms include headaches, mild to severe fatigue, runny noses, sore throats, and sneezing. These symptoms are notably similar to the common cold. In particular, symptoms like a fever, cough, and loss of taste and smell are uncommon.

So far, Omicron appears to be more infectious but less severe than previous variants for both the vaccinated and the unvaccinated. A recent study showed that the Omicron variant has a preference to infect upper respiratory system cells rather than lower respiratory cells, which previous variants infected. Lower respiratory infections lead to pneumonia and severe disease, thus Omicron seems to behave much more like common cold virus infections. Indeed, human coronaviruses were known to be responsible for a large portion of common colds, prior to the identification of SARS coronaviruses. A study from Toronto showed that the risk of hospitalization or death was 65% less likely with Omicron compared to Delta, and the risk of intensive care unit admission or death was 83% less likely.

A report from South Africa’s department of health showed a 29.7% decrease in Covid cases for the week of December 25, 2021 compared to the previous week. A look at the country’s case count shows that the Omicron wave, though steeper, appears to be shorter than the previous waves, with South Africa already in the tail end of the wave. Reports there indicated that there were far fewer hospital admissions per case, and much fewer deaths per case. Data also shows that Omicron is less pathogenic than its predecessors. This means that the variant causes less disease, or causes less damage to the body when it infects it; a hopeful sign. This trend is expected to continue in the countries that are rampant with Omicron within the following weeks.

In the United States, the number of cases is going up, and scientists predict that an inevitable increase in infections will be coming in the next couple of weeks, probably exposing most people in the country. However, this increase in cases is met with a dramatic decrease in case fatality rate. The large number of people exposed to Omicron will very likely end in natural population immunity.

The 2021 data from Israel, a country which did not initially vaccinate previously infected individuals, as well as a large study by the Cleveland Clinic showed that infection-induced immunity was much superior to vaccine-induced immunity. This is likely because infection generates immunity to the whole virus, while most vaccines generate immunity only to the spike protein, which later variants tend to mutate. The idea that prior natural infection leads to robust immunity to following waves of a pandemic has been known since antiquity. Ancient Greek historian, Thucydides, in History of the Peloponnesian War, described a horrible plague that Athens faced in 430 B.C. He noted that, “the same man was never attacked twice- never at least fatally.” Every pandemic in human history has ended when population immunity suppressed the ability of the virus to spread.  Unfortunately, the vaccines we currently have fail to provide sufficient immunity to prevent infection. Fortunately, however, if many people are infected with Omicron, this will generate strong population immunity to Covid-19 itself, and it will have been done with a much milder variant.

Many believe that in Omicron we can see the end of COVID-19’s hold on the world.