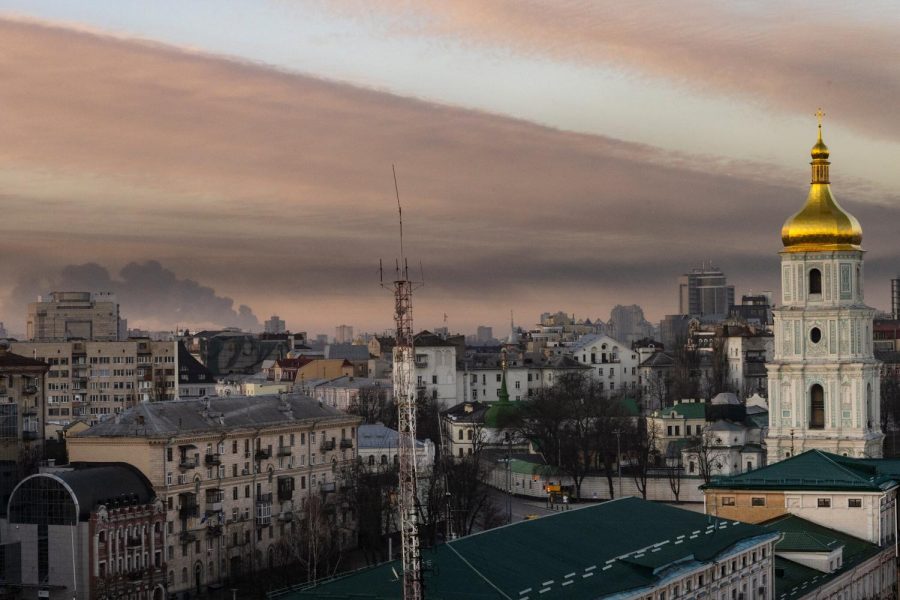 On February 24, 2022, Russian troops made a full scale invasion of Ukraine.

As some brief background, the European nation gained independence from Russia in 1991 when the Soviet Union fell. Since then, the people have struggled as the leadership switched from being pro-West to pro-Russia with different presidents, often leading to much corruption within the government.

Volodymyr Zelenskyy was elected president of Ukraine on April 21, 2019, having promised to end the war with Russia and root out corruption within the government. After Zelenskyy cracked down on pro-Russian oligarchs, Putin deployed several thousand troops to the border for what he called a “special military operation.” More and more troops gathered in the months preceding the attack, but Russia denied having the intention to invade.

Finally, Russia invaded Ukraine on February 24. The immediate world response was shock and a condemnation of Putin’s actions. As of today, 10 million people have fled Ukraine to countries like Poland for safety. Every day, cities are filled with explosions that cause a drastic amount of damage and death. It is difficult to determine exactly how many soldiers and civilians have died, but the number is likely in the thousands.

Russia has not been as successful as Putin had hoped, with the largest cities still under Ukrainian control in the fourth week of invasion, though this worries some as Putin may be tempted to turn to more dangerous measures to get what he desires.

Many countries have showered Russia with sanctions that will affect: the general economy, private wealth, technology, finances, airlines, manufacturers, energy, shipping, and media. These are especially aimed at the Russian oligarchs, companies, military, and banks. Recently, the US Senate unanimously condemned Vladimir Putin as a war criminal.

The Ukrainian people are fighting hard, but the result of the war is still undetermined.