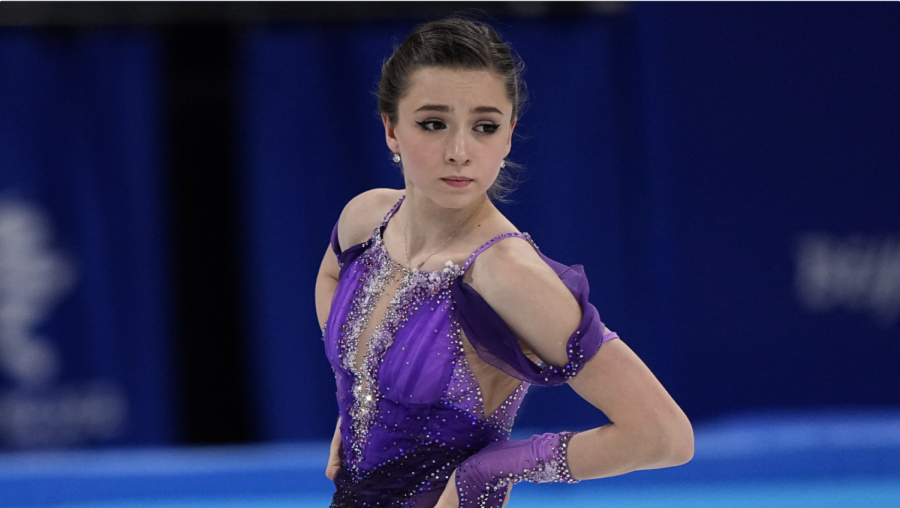 The 2022 Winter Olympics, which began February 4th and ended on the 22nd, were streamed by millions of people all around the world interested in watching the multi-sport event. Held in Beijing, China, 2,871 athletes from 91 different countries competed in 15 different sporting events. According to Google trends, figure skating is the most popular sport at the Winter Olympics. This year, Russian 15-year-old Kamila Valieva’s debut appearance at the games was being closely followed in particular due to her stunning success leading up to the competition. During her routine for the team competition she successfully landed multiple quadruple jumps, rotating four times in the air, becoming the first woman to land any quad jump in Olympic history. Then, she tested positive for the banned performance-enhancing drug trimetazidine. An investigation quickly got underway; meanwhile, the team skate medal ceremony was canceled.

After her positive test, many were confused as to why she was able to compete at the Olympics in the first place. After all, wasn’t everyone tested before the games? Valieva did submit a test in December, but it was conducted in Sweden because the anti-doping lab in Russia isn’t allowed to analyze blood samples. The Russia Anti-Doping Agency didn’t flag Valievas sample as priority so her results weren’t available until the Olympics were in full swing. However even after she received her positive test results she was still allowed to compete in the women’s individual event, the only rule being that if she placed in the top three the medal ceremony would be canceled while a further investigation took place. Essentially the reasoning of the CAS, The Court of Arbitration for Sports, thought that seeing as she was only 15, her coaches should be held responsible for any doping that took place and not Valieva herself.

This decision, unsurprisingly, was met with some pretty severe backlash. Two-time Olympic figure skater Adam Rippon did not hesitate to speak out on the issue, stating that it was unfair to all the clean athletes competing. He said that “It’s heartbreaking to think about the athletes who have spent their lives training, but the Olympics took a big blow today, and I don’t know how it recovers from this…..a lot of people have lost faith in the Olympics and in clean sport”. Many people were also upset with Valievas coach, Eteri Tutberidze, whose coaching has received heavy criticism. The athletes she has worked with in the past have had very successful careers at shockingly young ages, but retire very early due to injury, or losing their love of the sport. Former athletes have explained that performing quad jumps is easier when you are younger or smaller, and that Tutberidze has been known to have her athletes go to extreme lengths to remain slim and even delay puberty in order to perform well. This has led some to even question whether the minimum age allowed to compete should be raised.

Valieva went on to compete in the womens individual competition, but shocked many by finishing fourth after falling on multiple jumps. Many felt that her situation shone a light on how as a young athlete she was failed not only by her coaches, but also was the product of a sport that makes constant accommodations in order to maintain a virtuous and graceful image.